Music for Krügerrand is a quartet piece written for eight gold bullion coins and eight oscillators, in which the materiality of bullion gold coins and the sonic properties of gold are investigated.

The quartet piece was commissioned by the G((o))ng Tomorrow festival and was premiered at Copenhagen Contemporary on November 7th, 2018.

Music for Krügerrand was performed by an ensemble which featured Danish billionaire and venture capitalist Lars Seier Christensen alongside Ying-Hsueh Chen, Jaleh Negari and the composer of the piece, Niels Lyhne Løkkegaard.

The purity of a gold coin can be determined by the sound emitted when the gold coin is struck with another gold coin. The sound generated is a high frequency tone with a verylong sustain, and depending on the diameter, thickness and alloy of the gold coin, a tone with a specific pitch and timbre is given.

Music for Krügerrand –Quartet for Gold Bullion Coins studies the materiality and the sonic properties of gold, and moreover it deals with man's age-old fascination with the precious metal; what could be described as the psychology of gold.

In nature gold occurs in very small quantities, and when refined gold is unaffected by the ravages of time. Thus, gold appears as a constant - a very concrete symbol of something desirable and unbreakable; a constant material of great gravity representing a continuum of stability.

Due to these properties, gold has been given great value - caused numerous tragedies and conflicts - andis today the subject of dreams of wealth and acts as an anxiety barometer measuring the status of the world.

The political implications of gold throughout history are countless, and as for the Krügerrand coin itself, the historical load is a heavy and grim one - being a direct result of the South African apartheid regime.

Music for Krügerrand – Quartet for Gold Bullion Coins is a joint venture by Niels Lyhne Løkkegaard and Lars Seier Christensen and is released on 12" vinyl by Topos.

Lars Seier Christensen is a Danish businessman, entrepreneur and investor, born in Copenhagen in 1963. He has lived in the St Gallen Canton in Switzerland since 2010.

In 1992, he co-founded what was to become Saxo Bank, a financial multi-asset trading and investment platform, that is both offered directly to sophisticated private investors and smaller institutions, as well as to other financial institutions as a white label infrastructure.

Lars Seier Christensen and Seier Capital, with combined assets in excess of EUR350m, has invested in a broad range of companies, including most notably the foundational blockchain protocol, Concordium, and the entertainment company behind Scandinavia’s premier football club, F.C. Copenhagen.

Lars Seier Christensen has a very wide range of interests and activities outside of business, ranging from philosophy and politics over gourmet, fine wine and art to sports and charity, and he is the owner of two gourmet restaurants, most notably Denmark’s first three Michelin star restaurant, Geranium, and hi-tech restaurant Alchemist.

Niels Lyhne Løkkegaard is a Danish multidisciplinary artist. Working within the domains of imaginary & physical sound as well as other non-sonic media, Niels Lyhne Løkkegaard considers his work to be a basic research in realities. This can be experienced in Løkkegaards Music for the inner ear- an imaginary kind of music only audible for the inner ear of the listener, or in the SOUND X SOUND series where he works with multiplication of physical sound as a way of transcending and dissolving the sound of the individual music instrument and the individual musician.

Niels Lyhne Løkkegaard is interested in music instruments - not only as sources of sound but also as cultural markers embedded within different social hierarchies and he often seeks to create music that is performable by both musicians and non-musicians.

Løkkegaards interest in the imaginary realm and how the narrative meta-sphere can be a space for artistic action has also lead Niels Lyhne Løkkegaard into creating Curatorium, a curatorial non-event that celebrates sound; a sound-art festival that never takes place - a festival in between realities.

Niels Lyhne Løkkegaard was educated at the RMC in Copenhagen and the School of Architecture at The Royal Danish Academy of Art, and his work has been awarded with several prizes and been presented at a variety of different venues and museums around the world.

Ying-Hsueh Chen is a multifaceted artist, born in Taiwan 1983 and based in Copenhagen since 2006. As a soloist, Ying-Hsueh Chen has performed with, among others, the National Taiwan Symphony Orchestra and the Danish National Vocal Ensemble. Having won several awards in USA and Denmark, Ying-Hsueh is recognized as one of the most pioneering artists in Denmark. Always striving for impactful concerts, Ying-Hsueh regularly embarks on new quality-projects in which she collaborates with the most exceptional composers, musicians, and artists in virtually any genre. The Ancestral Modernism concert series, in which primordial sonic experiences are delivered by bringing out the universality of avant-garde and ancestral heritage, is a milestone among her projects. Ying-Hsueh was educated at the Juilliard School and the Royal Danish Academy of Music. Blessed by many cultural influences worldwide, Scandinavian aesthetic has left a deep imprint on her Asian roots.

Jaleh Negari is a Danish/Iranian composer, drummer and sound-artist, born in Isfahan 1983 and based in Copenhagen.

She is a part of the band Selvhenter, the performance group Meshes and also performs and makes projects as a solo-artist.

Jaleh Negari has studied composition and production at the RMC in Copenhagen from 2013-2018 and is a co-founder of the Danish art collective Eget Værelse since 2010. 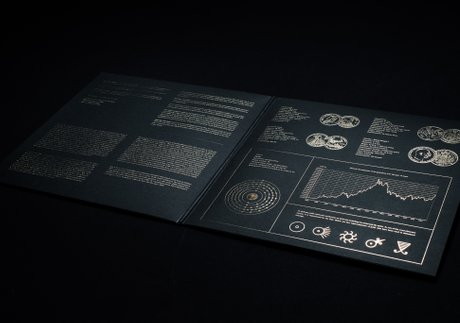