The composition was commissioned by the Nordic Saxophone Festival and was performed by 30 saxophonists from across Europe in March 2018.

The major third is a keystone in western music theory and is artificially high pitched according to the tempered scale which is heavily embedded within western culture as well. 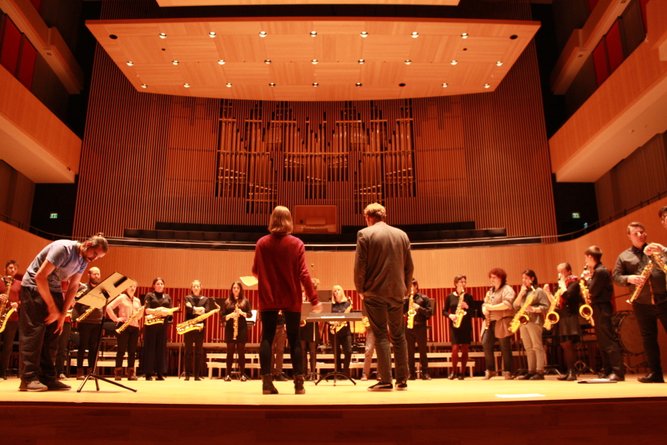